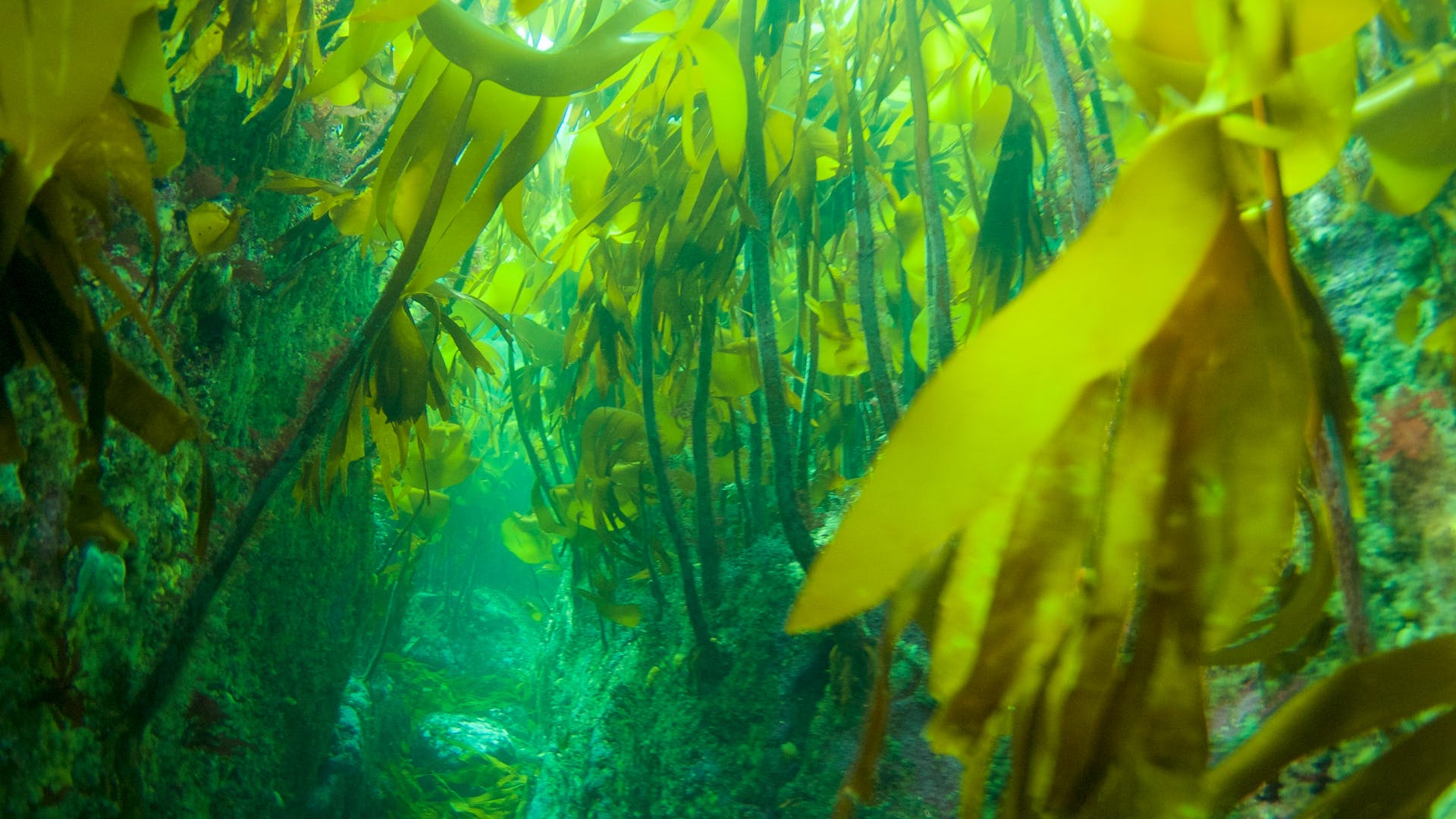 Laminaria hyperborea looks like an underwater palm tree, and is one of many types of macroalgae found along the coast of Norway. Though, no other kelp species exist in such abundance.

L. hyperborea forms vast marine forests in an almost uninterrupted band all along the western coast, from the tidal zone down to 30 metres, if light conditions are conducive to photosynthesis. Just like terrestrial plants, it needs sunlight to produce its own building blocks.

It lives for up to 20 years depending on local conditions, and grows to impressive lengths.

In Norway, kelp harvesting is regulated by the Directorate of Fisheries and the counties Rogaland, Vestland, Møre og Romsdal, and Trøndelag, based on research conducted by the Institute of Marine Research.

The coastline in the above-mentioned counties is divided into approximately 450 parcels one nautical mile high. The parcels are numbered and have a suffix of A–E, with the intent that parcels with identical suffixes are open for harvest simultaneously for one year. With five different suffixes, this means each parcel is given an ample recovery period of four years.

The Institute of Marine Research inspects the health of the parcels and delivers its recommendations to the county councils which update legislation every five years.

Any harvesting with mechanised equipment must be done with a license issued by the directorate of Fisheries, and all catch must be reported and include positional data.

The yearly kelp harvest of 170,000 tonnes only amounts to roughly 0.3 % of the total biomass in Norway. In comparison, roughly 20 million tonnes of the kelp forests are grazed by sea urchins in Northern Norway and around 7.5 million tonnes are lost to storms each year. As the harvested kelp fields are fully regrown within 3–5 years, the regulated harvest in Norway ensures a sustainable utilisation of L. hyperborea.

L. hyperborea thrives in cold and harsh environments which give rise to its unique composition of properties, many of which are highly sought-after. For instance, alginate from L. hyperborea contains high levels of guluronic acid, which is in high demand in the pharmaceutical industry due to its favourable gelling properties; fucoidan found in L. hyperborea exhibits high molecular weight and degree of sulfatation, which result in favourable bioactive properties for pharmaceutical applications.